You are here: Home / Archives for Bullfight 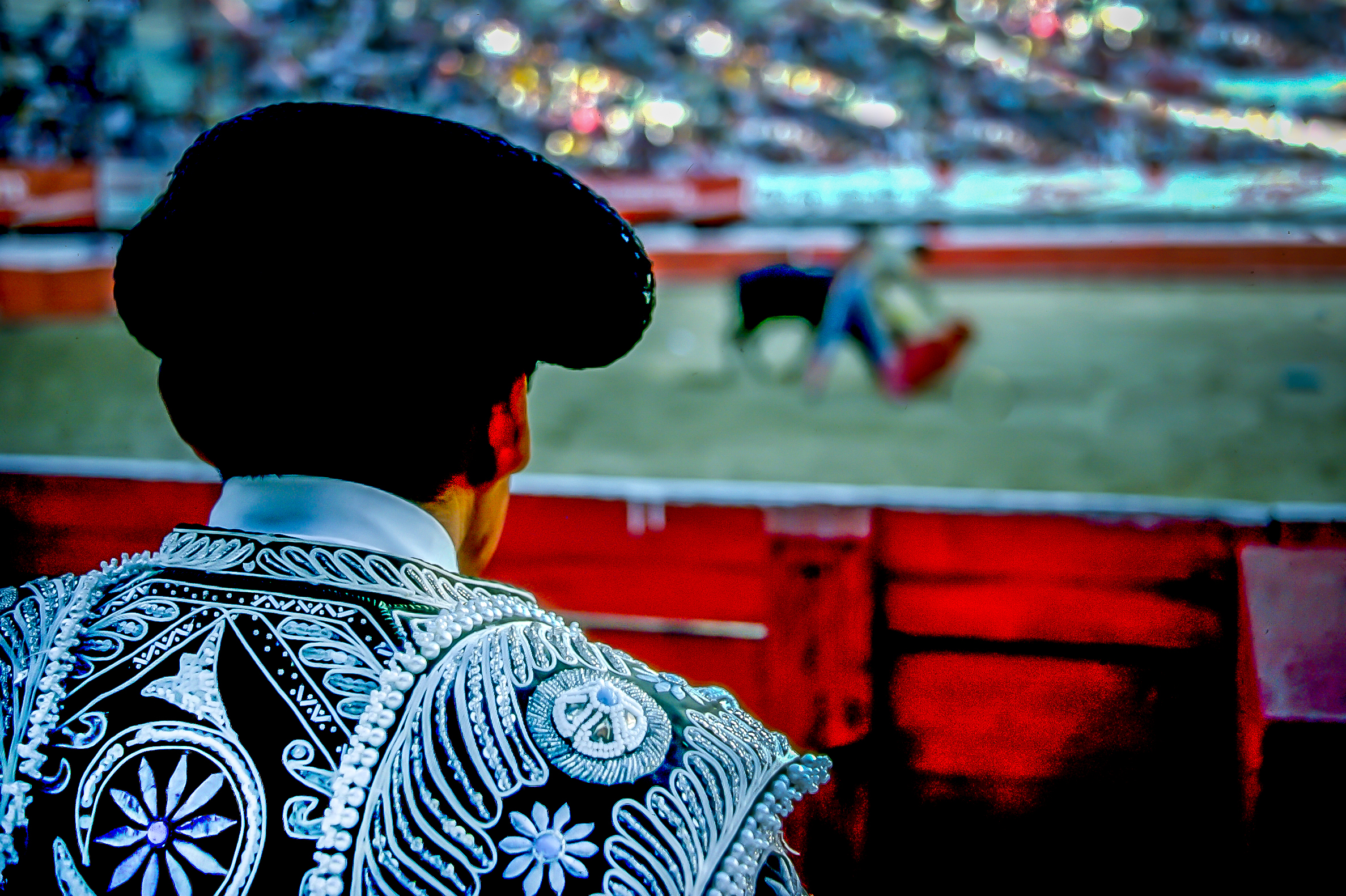 During the late 80’s while working on my “Gringos Guide to Baja California”, I managed to get a press pass to photograph the “Toreo de Tijuana”.
Committed to cover the culture, I set out to get some “blood free” Bull Fight images of the pageantry & celebration.
I made careful equipment decisions that day including a tripod & long lenses not know exactly how close I would be able to get…
Imagine my surprise as I followed the other journalists into the press area.
Shooting from the sidelines my lens was actually hanging in the ring!
The inner Ring, a Red Fence about a meter and a half tall was all that stood between me & the action.
At my side were the Matadors & fellow Press Photographers.
Attentive to their every action, I set up my tripod & started to shoot the colorful event.
I was getting incredible shots, concentrating through my telephoto at the opposite side of the ring when suddenly, I saw the Bull leap over the Red Fence racing around the ring in my direction!
There was only one place to go, I leaped over the Red Fence into the ring as the bull raced by.
It all happened so fast, he circled around the ring, a gate was opened & the Bull was routed back into the main ring.
Everyone around me leaped back over the the Fence again into the “safety of the pit”.
My tripod was trampled, I asked the shooter next to me if that happened often?
“muy raro”very rare he replied!
The magnitude of the event came back to me recently when I came across this photo from the Daily Mail-
http://ow.ly/uFFNt
Tijuana’s downtown Bullring was demolished 2007, a causality of the fading popularity of Bull Fights. Few cable cars offer such easy access to the mountain world as the Téléphérique de l’Aiguille du Midi. Opened in 1955 as the world’s highest cable car, this popular ride offers access to picturesque viewpoints of the entire Mont Blanc Massif. Everywhere you look, there are icy spires & glaciers with mountaineers joyfully enjoying this […] I’m been honored to visit some incredible places and photograph some of the world’s most amazing sights.

In today’s digital world, there’s more studio work on my list of passions— food photography & still life craziness have been added to the quiver!